So I did it…I ran a half marathon.  And just four months ago I couldn’t even run a mile.  And I did 13.1.  I wish I felt a little more impressed with myself, but I guess I’m just that person who can never be satisfied.  But it’s what keeps me going, keeps me motivated to do better and try harder.  And this is possibly the most unflattering picture of me ever…enjoy! 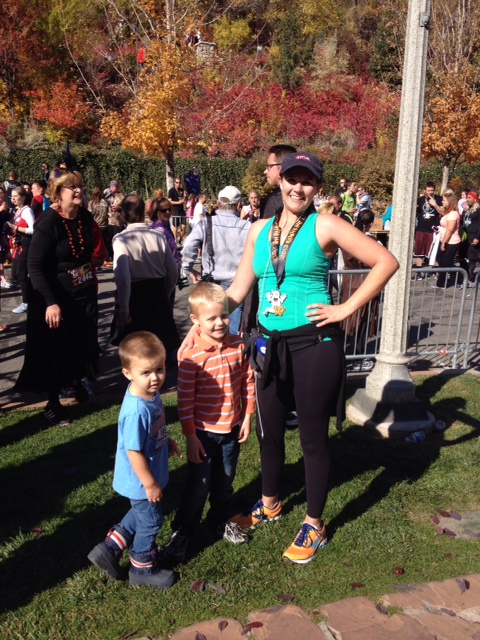 So here’s the play-by-play.  I woke up at about 6 am and got dressed–black running tights,  Albion Fit tank, the “Haunted Half” long sleeve shirt, and my Mizuno running shoes.  Oh, and my trusty Ryobi hat.  Gotta represent my DIY!  Sure, I could have dressed up in a funny costume but I couldn’t think of anything to wear before I ran out of time.  Plus it would be hard to run in a costume.

So I drove up to the Utah State Capitol where I waited for a bus to take me up the canyon.  It was freezing and the bus took forever.  But I made a friend while I waited and we kept each other company, even after we rode the bus up and then had to wait another half hour in the canyon, which was probably 25 degrees.  Good thing there were over a 1000 people there to share the body heat! 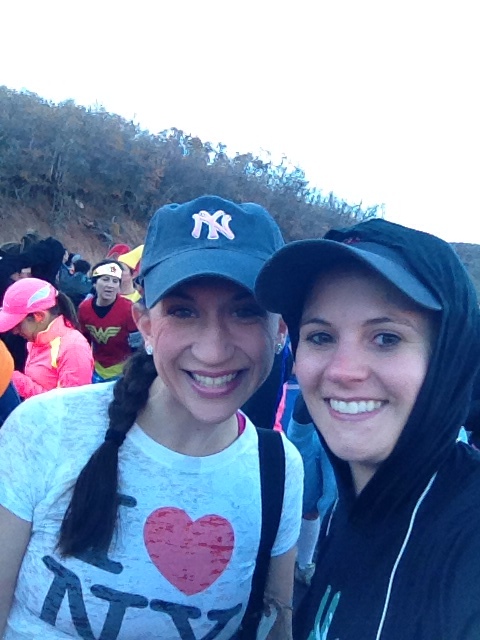 The race began and I started off at a pretty good pace…I’m not fast though.  It was downhill for about 6 miles and all was well…until about 5 miles.  I felt pain in my gut and I needed a bathroom.  I stopped at the checkpoint but the line for the bathroom was long and SLOW.  I figured I could just ignore the pains and maybe they would go away. 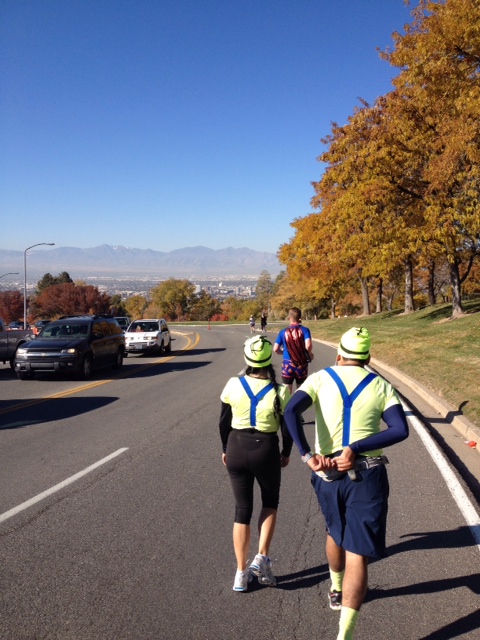 The next five miles had lots of steep hills which I wasn’t expecting since they didn’t appear on the elevation map.  To be honest, I walked up most of the hills, just like 95% of the runners did as well.  It was fun to gauge myself according to who I was behind–whether it was the Duck Dynasty girls or the Crayons. 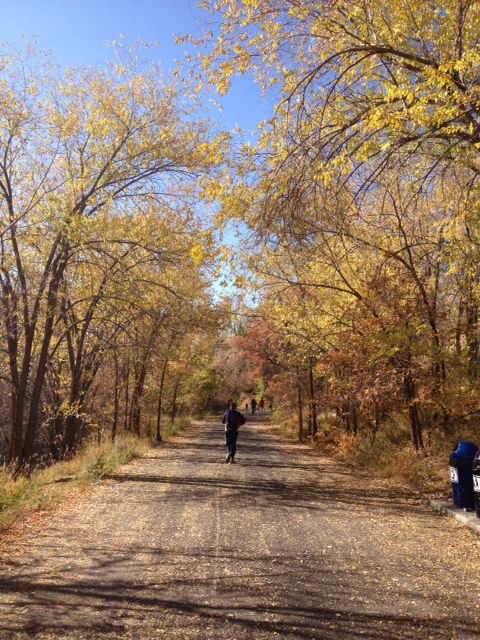 I tried really hard to run the entire last 3 miles but I was SO tired so I took a few breaks.  But I sprinted the last little bit and my final time was 2:29.  Like I said, I’m really not a fast runner.  And that bathroom break took at least 15 minutes.  But I finished, and I got my Ghost medal and hugged my family.  And my husband said, “Wow, you’re soaked.”

After it was over, my legs were pure liquid and my stomach ached.  Plus I was chafed in all sorts of places.  And the rest of the day I had Halloween parties right and left.  It was sort of torturous.  My legs are still sore but at least I’m not walking like a newborn pony.  I actually think I could do another one sometime.  But not for awhile.

I’m going to switch up my exercise routine for the winter, since I don’t like running outside in the cold and dark.  Plus I enjoy doing other things like yoga, weights, and interval training.  But I’m sure when the spring comes I will start up again.  I really love getting up with the sun, even at 6 am, and running alone outside in the sunrise.

I know–this post was so inspiring right?  I know, I know.  But I’m not going to lie and say that running is all runner’s highs and butterflies.  It’s kind of like being pregnant:  Starts off a little rocky, gets better, gets worse, then when it’s done you don’t want to do it again for a long time.  But it is worth it.  Running a half marathon is something I never, EVER thought I would be able to do.  I always hated running and was always terrible at it.  I’m not great at it now, but with a little practice, I achieved something amazing.  And I really believe that anyone with reasonably good health can do it.